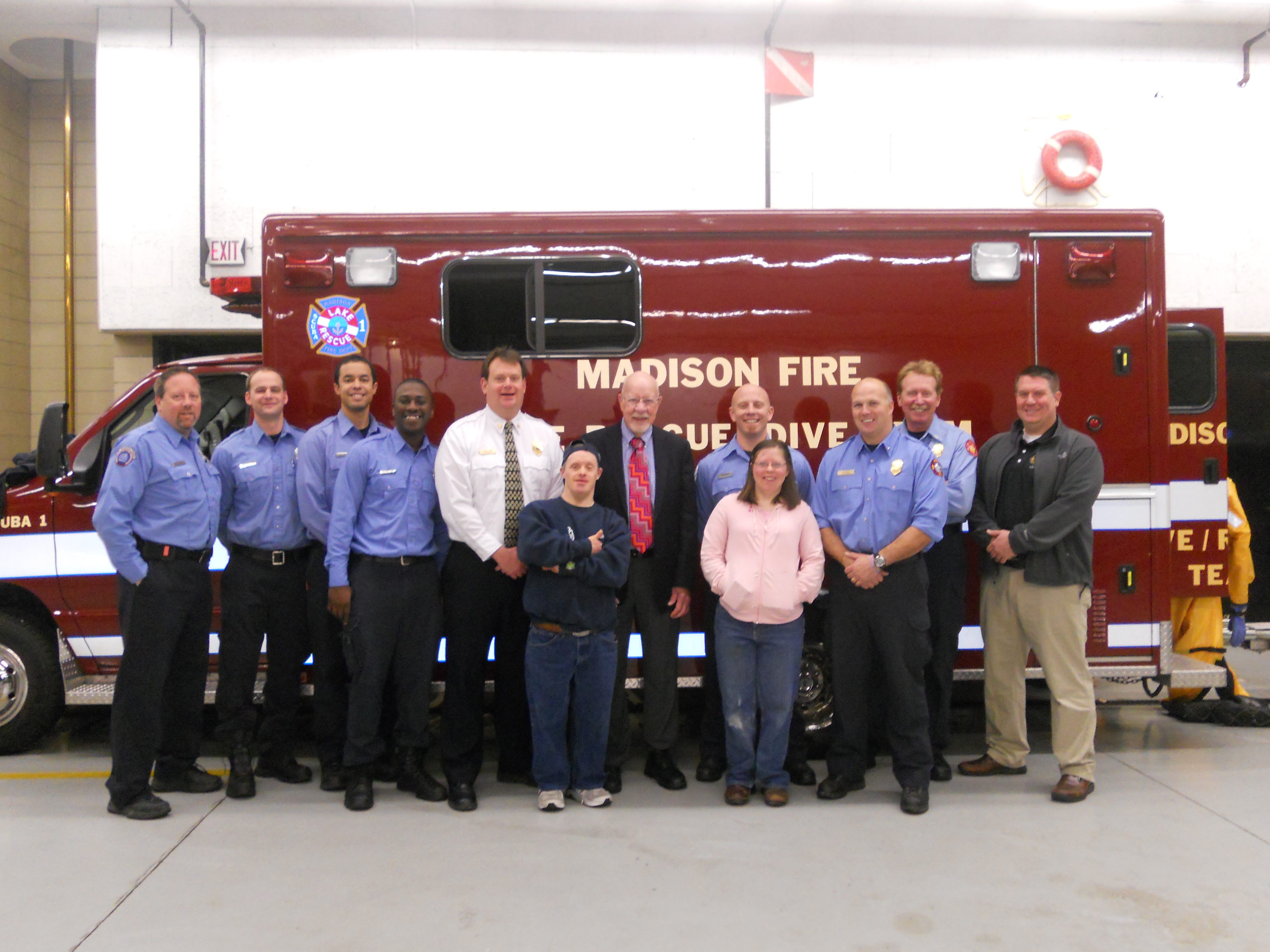 Tom and Mariah with Madison Firefighters

Local 311 was the first Fire Department organization in Wisconsin to develop a charitable trust. The trust was formed by a group of firefighters in 1998 using the funds collected in an appeal to the community in response to a bus fire where several individuals were badly burned.  In their initial plea for the bus fire fundraiser, the community response was huge; they raised $200,000.

Roughly 80% of the firefighters in Local 311 (approximately 290 members) are involved.  Participation in the Trust is voluntarily. The Charitable Trust has a Board of 5 trustees; term length is 5 years, and since terms are staggered, there is a need for an election every year.  Interested Madison firefighters in Local 311 submit their name, and then a vote occurs.  The Board votes on causes within Dane County to support, preferring to keep it local.

Community Work Services generally provides job coaching, but the firefighters also do some of the training. Tasks are primarily custodial and include lunch and dinner set-up and clean-up. The employees with disabilities are very important and long-standing members of the staff at the stations. One of the employees passed away a few years ago after many years of service and many of the firefighters attended his funeral in uniform giving him a traditional firefighters’ send-off.

Tom Sund (in the photo with State Senator Fred Risser) is very detail oriented and takes great pride in his work at Stations #1 and #4. He loves his job and especially looks forward to seeing the guys at work. His bond with his co-workers is especially strong; the best part of the job is break time, time to listen to music together or play a game of ping pong. Tom claims that the job is “great!” Washing the fire trucks is his favorite duty.