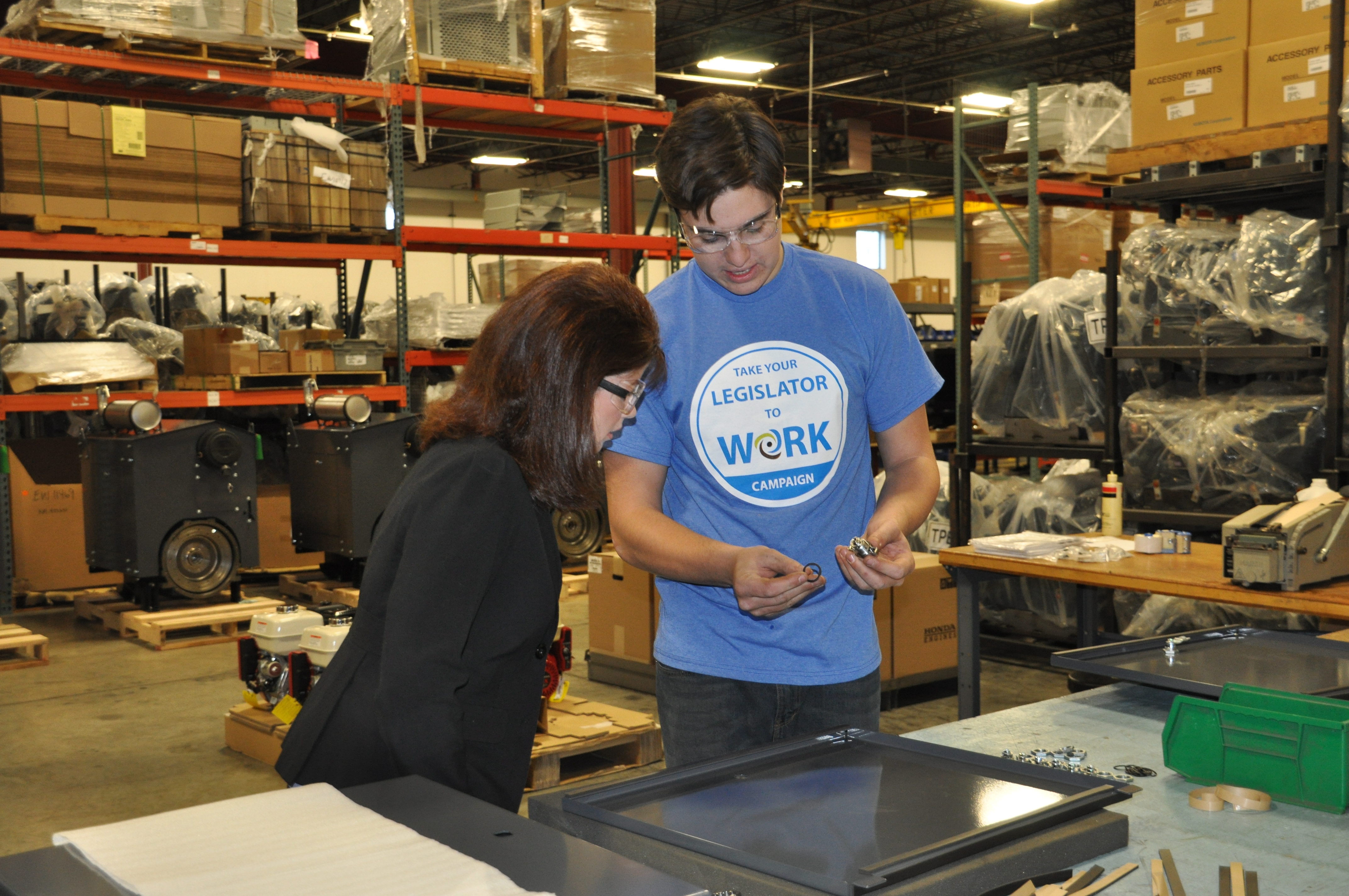 Mike Dragon is a 17 year old student at Oconomowoc High School, one of the recipients of the BPDD Let’s Get to Work mini-grants. His teacher Mike Bizjak found the job for Mike based on his interest in and experience working on small engines.

His bosses, Brian Shleeve, Mike Paullion, and Mike Mahl all agree that giving Mike the opportunity to work at Engine Power in a variety of positions was an excellent idea. His current job is to pre-assemble box motors and then to box the finished project. Mike has asked his bosses for certain accommodations that have contributed to his success. He knows what he needs because he was tested prior to taking the job and understands his personal learning style. He works 7am-10am and 1:30pm-3pm one day/week and still takes classes at the high school.

Previously Mike had a job at Brinkman, a towing and snow removal company. For his next job while at high school he’d like to work in a car dealership. As a career he wants to work with engines and eventually to get a job as a diesel tech.

His hobbies are not surprisingly, cars and motors. Mike’s family is very proud of him and the job he does, and his co-workers and teachers think he’s great!