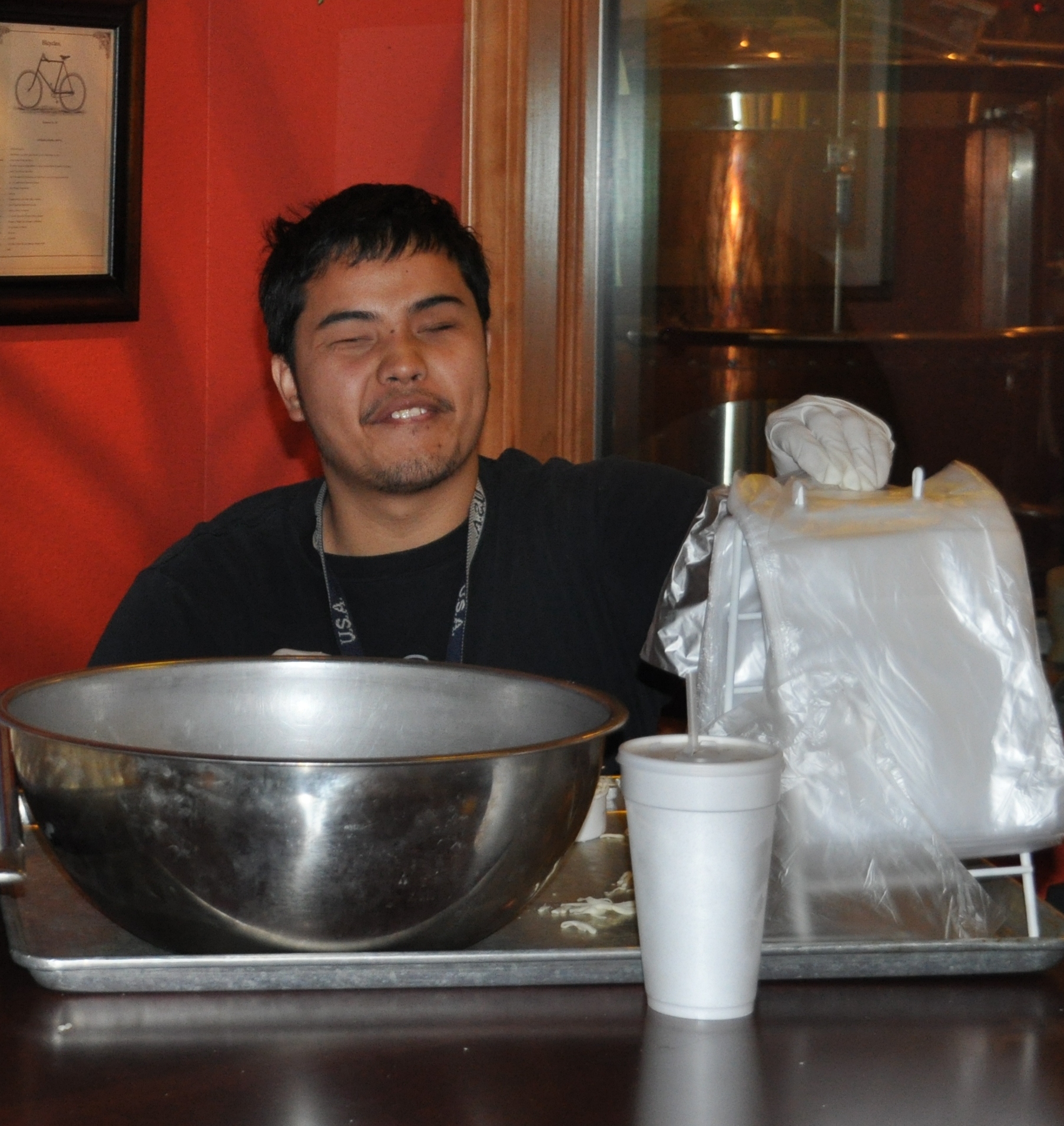 Thao Xiong was born in 1987 in Thailand and moved to Providence, Rhode Island where he went to elementary school. He has worked at the Red Eye Brewery and Restaurant since October 5, 2010, and he is a valued employee. He got started at Red Eye after walking into the restaurant one day and asking if they would hire him. He said that he had walked by for several weeks, and it looked like a great place to work, so he thought, why not? He started rolling silverware when he first started and after changing to a different table setup the staff quickly put their heads together to find another task for Thao. Now he serves as a check in the food consistency by portioning bags of shredded mozzarella cheese for the wood fired pizzas. Thao likes that Red Eye is close to where he lives and he loves being with the staff. He also likes the fact that he makes more money at the Red Eye than at his other job at Northern Valley Industries.

Outside of work Thao has a lot of interests and hobbies. He is a Special Olympics athlete and recently won an award for swimming. He also is recently engaged and hopes to get married within the year. He likes water parks, listening to music, and he’s also a history buff. His favorite tv shows are Cops and anything on Animal Planet.