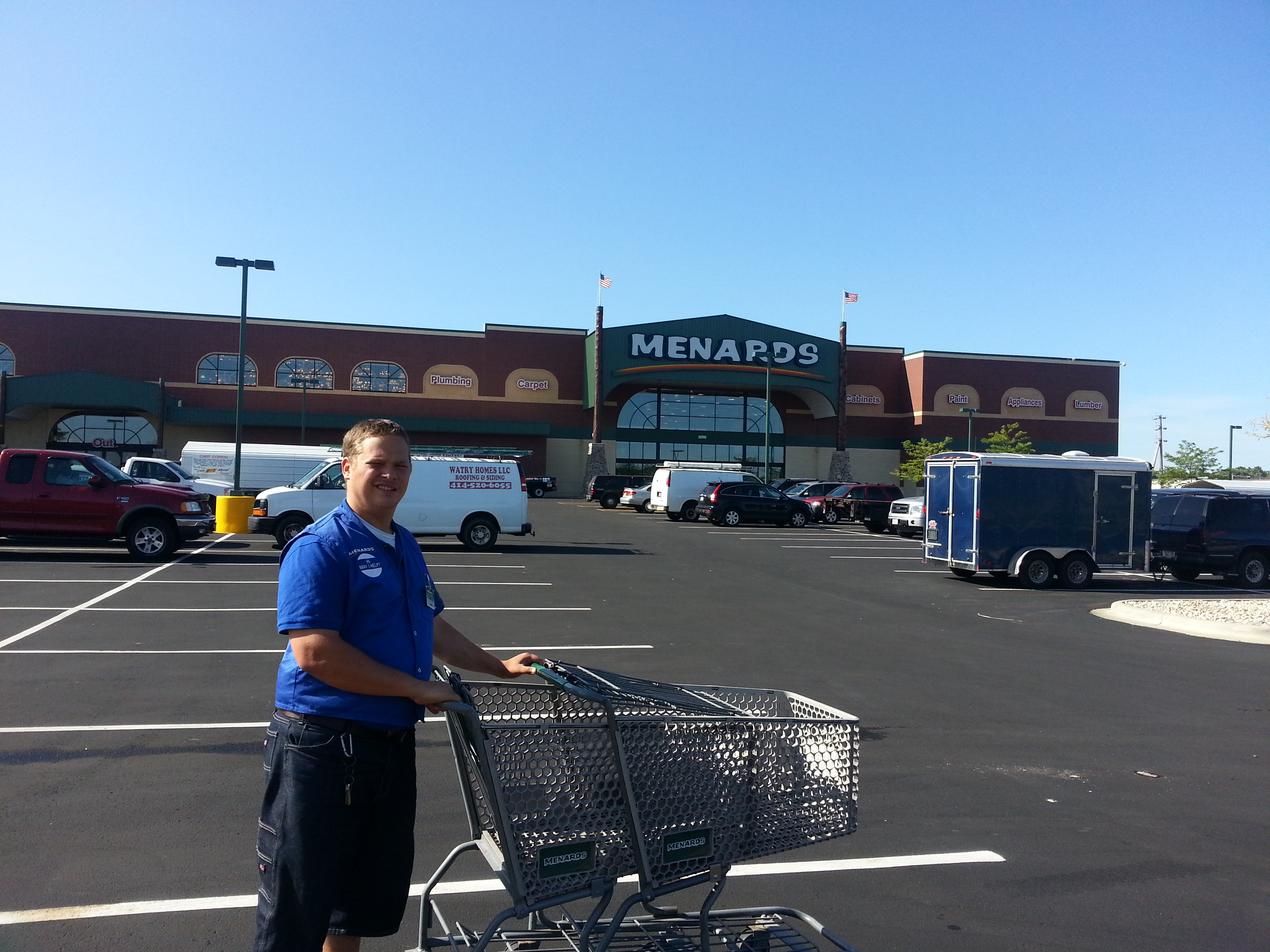 We all know what it can be like to start a new job; the stress of learning new duties, meeting new people, and navigating that ever crucial work life balance. It was no different for Travis Fisher, a now highly productive and vital team member of Menards in Brookfield, WI.

Travis started his journey back in May of 2011 with a new found enthusiasm for working in the community. As with a number of new job seekers Travis was not entirely sure what he wanted to do for a career, but one thing was for certain, he wanted to work and earn that sought after paycheck. Through many months of searching for jobs Travis worked with Easter Seals staff on drafting a resume, applying for jobs and going on interviews. Yet there still seemed to be something missing, an opportunity to prove himself. Working with partners in the community Travis was given a few of those opportunities in various positions. Travis worked as a shipping and receiving associate with TJ Maxx, a material handler/production worker with Grayline, all the while remaining a productive member of Easter Seals lawn crew and production teams. Still the question remained, why did those experiences not work out in the long run? For Travis the answer was not so simple. He loved to work hard and be hands on in his jobs and he was good at what ever he was tasked with. So why did he not want to pursue those options further?

Then one faithful day lightning struck! While working with his developer he made one comment that would change his future. Travis stated that he did not like to work alone. After reviewing his previous work experiences and now armed with a crucial missing puzzle piece Travis and his developer set out on a new mission, find him a job that was hard working, hands on, yet still allowed him to interact with others to create new friendships.

In the spring of 2013 Travis applied to Menards in Brookfield, WI for a position as a Customer Carryout Specialist. The main duties of the job were to maintain a clean store front, return all carts and dollies to the store and provide carryout service for customers upon request while working on a team. For Travis this seemed like a good mix of what he had been looking for. After completing the application and speaking with management in the beginning of June 2013 Travis was invited for an interview. Five days later he was offered the job!

Since starting on 6/11/2013 Travis has now received two raises from his hard work and superior customer service. He also loves his job and now rarely misses a day of work. Travis is happy that he finally found the right fit for himself and Menards management states that they are pleased to have the right man for the job.